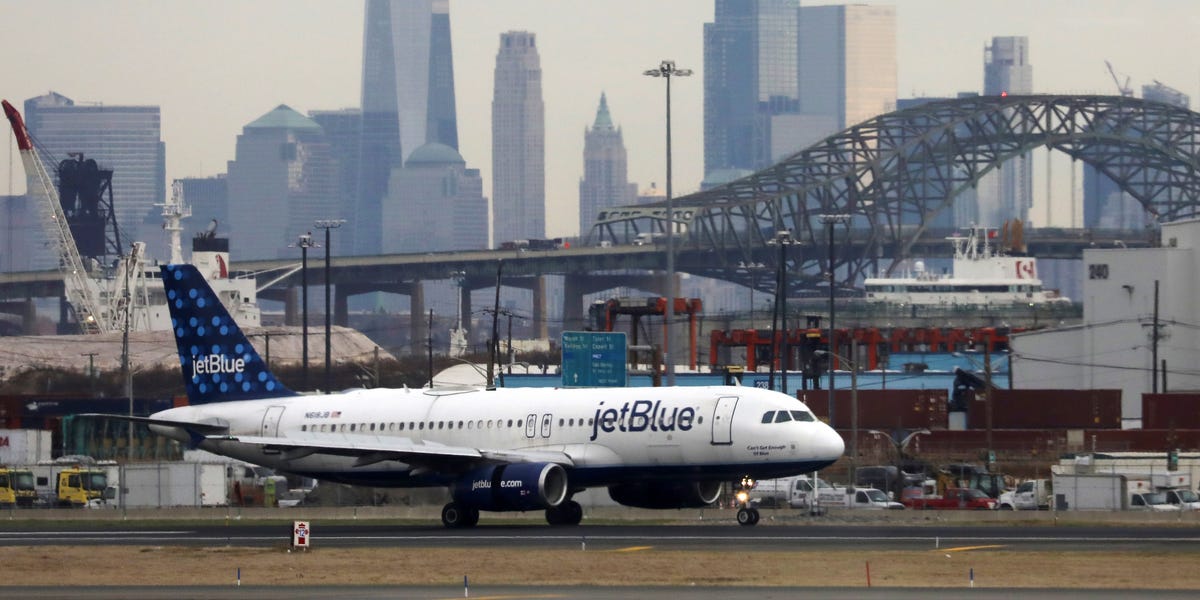 On Thursday evening, JetBlue will fly three passenger planes above New York City at a low altitude. The flyover is directed at honoring first responders and healthcare workers.

News of the aircraft display, which comes a week after the federal government staged a military flyover over America’s largest city, did not please New Yorkers.

Some of the backlash stems from the flyover’s path; the planes will depart from John F. Kennedy International Airport, loop around Brooklyn, Queens, and the Bronx, and then head back down to Manhattan.

The passenger planes will circle the site of the old World Trade Center, a complex of seven buildings in lower Manhattan that were destroyed on September 11, 2001. Two Boeing 767s crashed into the two largest towers of the World Trade Center that morning, destroying the buildings and killing 2,763 people.

That terrorist attack still lives in the minds of many New Yorkers, driving some to ask on social media why JetBlue would fly passenger planes around New York City.

One Twitter user, identified online as a New York-based illustrator, decried the actions as “frivolous, tonedeaf, and savagely useless.:”

Others said the flyover does not appear to give substantive help to healthcare workers or first responders. Since the beginning of the coronavirus pandemic, essential workers have expressed their frustrations with being called “heroes” instead of receiving a pay raise.

On May 6, JetBlue announced it would also donate two round-trip flights for 10,000 healthcare workers in New York City.

“JetBlue’s mission of inspiring humanity is stronger now more than ever,” JetBlue CEO Joanna Geraghty said in a statement. “We applaud the healthcare workers who are helping us get through this challenging time and inspiring humanity along the way.”

JetBlue also said in the May 6 statement the flyover was being done at no cost to the airline and that it “thanks its partners at the Port Authority of New York and New Jersey, JetBlue Air Line Pilots Association, CarbonFund.org and a fuel provider.“

An Airbus A320, the type of aircraft being used for the flyover, burns about 3,000 pounds of fuel per hour while cruising. Julianna Bryan, a JetBlue spokesperson, told Business Insider that the carbon offsets for the flyover were donated as well.

Meanwhile, the company is burning through $10 million a day because of decreased demand for flights.