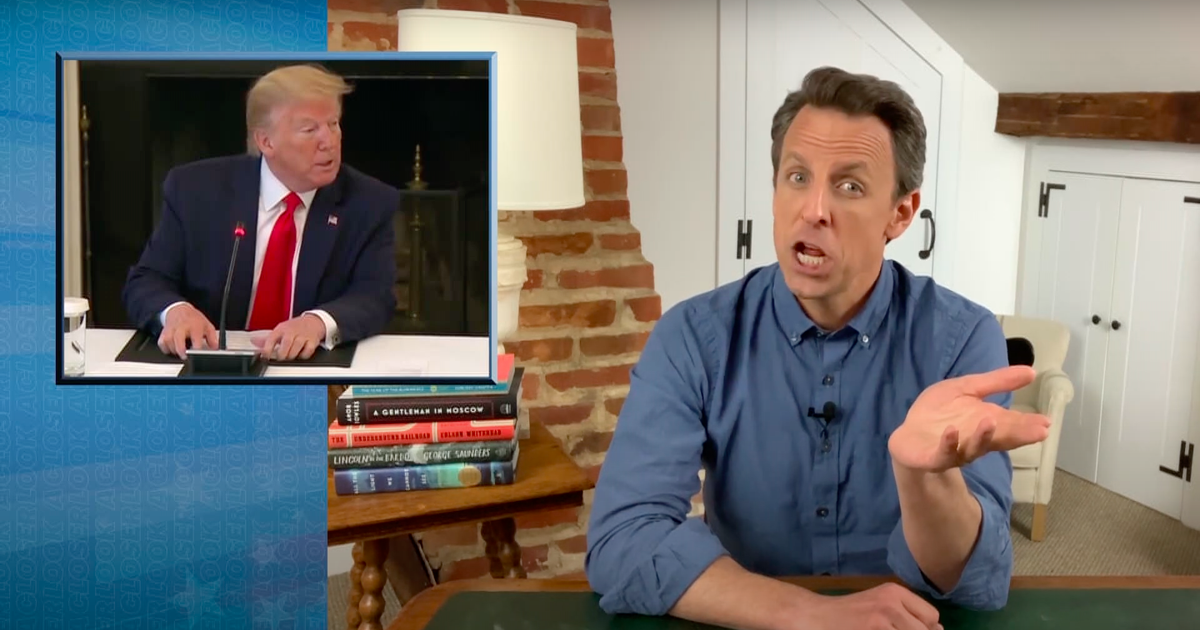 The coronavirus pandemic has the U.S. is in shambles right now, but what else is new? Trump has continued to Trump throughout the crisis, stubbornly blustering on with his ill-informed ideas in defiance of all medical advice or logic. Now BuzzFeed News reports a man with no background in medical supplies was awarded a $69 million ventilator contract after tweeting at Trump that he could provide them. Shockingly, not a single one has arrived.

“There’s literally a law that allows him to compel companies to make ventilators, and he’s combing through his Twitter replies like he’s putting a band together,” quipped Late Night host Seth Meyers on Thursday. “Honestly, how long until he replies to a spam email offering free boner pills?”

Meyers further illustrated the unenviable position Trump’s poor leadership has put U.S. states in with a report from the Chicago Sun Times. According to the report, an Illinois official had to race to a McDonalds parking lot and hand over a check for $3.5 million in order to secure 1.5 million masks.

“We’re talking about protective gear for frontline healthcare workers and states are forced to do million-dollar deals in McDonald’s parking lots like they’re buying meth from Walter White,” said Meyers. “If New Mexico wants to buy ventilators they’re going to have to go to the basement of Los Pollos Hermanos.”