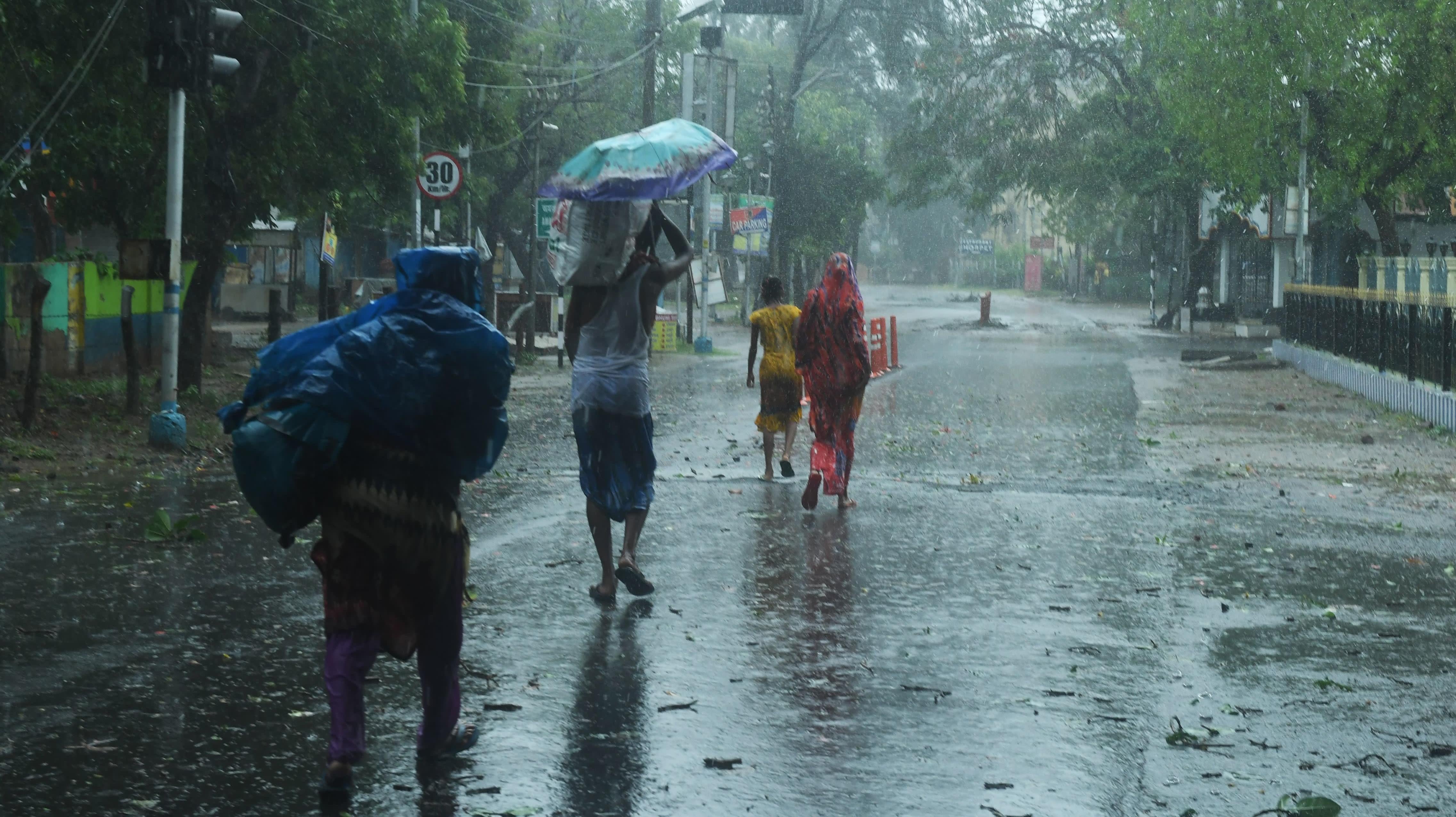 On Wednesday afternoon, Cyclone Amphan made landfall on the India’s border near Sagar Island in West Bengal, bringing sheets of rain and wind speeds up to 100 mph. The storm knocked over trees, uprooted electrical poles, and forced at least 2.6 million people to flee to shelters. At least one person—a two month old infant—was killed when a mud wall collapsed onto him. One 57-year-old woman also perished when she chose not to leave her home on the Odisha coast, though the Hindustan Times reports that her death was not directly related to the storm.

Emergency responses to the storm have been complicated by another crisis: the coronavirus pandemic. Neither India nor the neighboring country of Bangladesh have yet slowed the rate of infection, and relief teams have struggled to provide relief while also protecting people from the virus. Many residents in the area have expressed fear of packing into emergency shelters, which were hastily equipped with masks and hand sanitizer but are difficult to keep in adherence with social distancing measures.

The storm could put up to 33.6 million people in India and some 8 million people in Bangladesh in harm’s way. That includes some of South Asia’s most vulnerable populations, such as the million-plus Rohingya refugees who live in the world’s largest refugee camp in Bangladesh’s Cox’s Bazar. The camp saw its first known covid-19 cases earlier this week and has dealt with flooding in the past. Kolkata, a city home to nearly 15 million people and has seen almost 1,500 covid-19 cases, is also bracing for heavy flooding.

The Indian Meteorological Department predicts the storm surge from Cyclone Amphan could reach up 16 feet high, which is as high as a two story house. More devastation is surely on the way.

On top of all this, rapid response teams are preparing for yet another possible overlapping complication: Tigers entering human settlements. The rains from the cyclone have begun to beat down on Sundarbans National Park, a vast mangrove forest between the Indian state of West Bengal and Bangladesh’s Hatiya Islands. The park is home to many rare animals, including 96 protected Bengal tigers. Those tigers and other animals were already facing threats from rising seas and increasing heat, and the cyclone’s surge could be deadly unless they head to higher ground. Officials are keeping a close eye on the creatures to ensure they don’t wander into nearby villages.

Cyclones are common for this region at this time of year, but Cyclone Amphan is an outlier. On Monday, it set a record for the strongest cyclone ever recorded in the Bay of Bengal (though it’s since weakened). The storm became so powerful due to the hot oceans, which were up to 5 degrees Fahrenheit warmer than normal for this time of year. In absolute temperatures, the waters were around 88 degrees Fahrenheit, a prime temperature for cyclones to rapidly intensify.