In the time of pandemic, we must all strive to put politics behind us. Unity, purpose and compassion are the ways everyday people will have to shift our focus as we navigate out of this uncertain and tumultuous times. But what of those communities who were explicitly brought together by politics?

Even though Bernie Sanders has effectively lost the 2020 Democratic presidential nomination to Joe Biden, there’s no denying that Bernie’s campaign was the only real movement of 2020. Unfortunately for Sanders supporters, they’ve learned the hard way that it takes coalitions to win national elections. However, movements are still very powerful things. Faced with the daunting choice of whether to continue his campaign or step out of the race, Bernie Sanders has chosen a third way and it’s one that should make you respect the Vermont senator whether or not you support him politically. Instead of running a conventional campaign going forward, something that would already be impossible in the midst of the coronavirus outbreak, Sanders has instead shifted the majority of his focus to coronavirus relief efforts and the public response.

So, Sanders and his campaign asked their supporters to step up and help financially support some specific relief efforts. And boy did they ever.

The Hill reportsreports that in just 48 hours, more than 50,000 Sanders supporters helped raise $2 million for COVID-19 relief efforts. The Sanders campaign announced that the money raised will go to a number of related charities working to provide relief during the outbreak, including No Kid Hungry, One Fair Wage Emergency Fund, Meals on Wheels, Restaurant Workers’ Community Foundation COVID-19 Emergency Relief Fund and the National Domestic Workers Alliance.

“What we’ve seen in the last two days is the definition of fighting for someone you don’t know,” Sanders digital fundraising director Robin Curran said in a statement. “The people supporting this campaign have made more than 50,000 donations to help those most impacted by coronavirus because they understand that now more than ever it is important that we are in this together.” 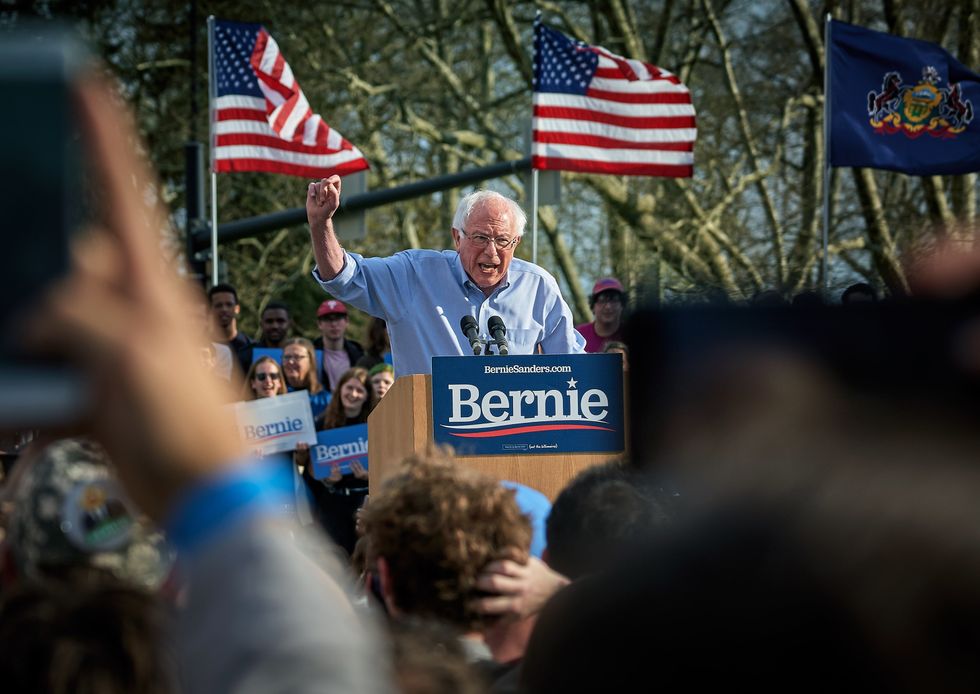 Photo by Vidar Nordli-Mathisen on

The gesture from Sanders, his campaign and their supporters is vitally important. First, the money will go toward organizations that desperately need it as they carry out their heroic efforts in this time of crisis. But perhaps more importantly, the gesture from those 50,000+ supporters sends a message that Americans and people all around the world can come together to help each other in times of need. And with so many many negative reports about “Bernie Bros” the gesture is especially powerful. Honestly, only a similar gesture from Trump supporters could have a greater impact on the national conversation and that almost seems to outrageous to even contemplate.

It would be great to see Joe Biden, President Trump and the other former Democratic candidates step up and make similar calls to their supporters. There will be plenty of time to play out the 2020 presidential election and we’re sure everyone has an abundance of thoughts and feelings about how that should play out. But for now, it’s time to put politics aside to save ourselves, our country and our planet. We can only do it together. Thank you, Bernie Sanders for helping to show the way forward.